Merry Christmas! I am writing this diary a week earlier than I would nomally, but I am hoping that by this time next week I will be buried under a heap of mince pies and turkey trimmings!

at the end of November (see previous diary post) was that our insurance has already come through. We were able to make best use of some of the damaged stock, as you can see in the photo below. The cinnamon sticks had been drying for a couple of weeks, and made very good firelighters, adding a delicate fragrance to the room. As well as the cinnamon sticks, other dried flowers we had to write off and replace were cloves, dried chamomile flowers and dried hops. 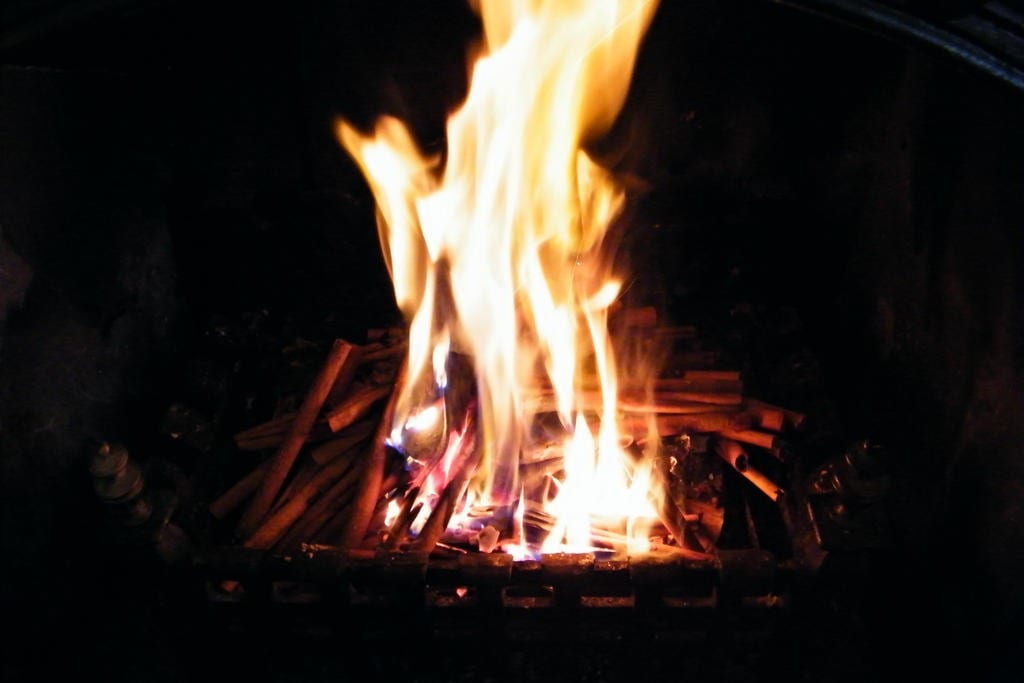 Cinnamon sticks as a fire starter.

My company Daisy Gifts Ltd is a proud new sponsor of Make and Craft magazine and I have a tutorial and other articles lined up for 2013, including how to make your own potpourri from garden flowers, and why dried flowers are coming back into fashion. I am also told they have a couple of dried lavender makes coming up in the New Year. Do check out their recent online cinnamon candle article as a simple last minute Christmas gift idea.

Christmas dried flower makes I didn’t have time for

Make a natural Christmas garland with dried chilli by threading on to raffia.

Make a rose hip hanging decoration similar to the orange one.

Make an orange slice garland by stitching the oranges together with raffia.