Growing lavender on the Dalmatian coast

At work we are always being contacted by prospective suppliers. We have been emailed by lavender growers in the UK (we currently support five British growers) as well as France (two), Spain, Bulgaria, Albania and Croatia. Although we’ve been interested to hear from these further afield growers, there are only so many grades of lavender one importer can offer! So we never really considered Croatian lavender until Mike and I visited Dubrovnik recently on a weekend away.

We hadn’t realised what a thriving industry for lavender there is in Croatia, especially around Dalmatia and Hvar in particular. Production dropped off somewhat after the 1970s due to forest fires and an increasing dependence on tourism, but like the UK, it has seen a resurgence in recent years.

It was great to see so many market stall holders in Dubrovnik selling lavender, and there was a healthy representation at the airport too. Lavender products included dried lavender sachets and dolls and many toiletries made with lavender oil. 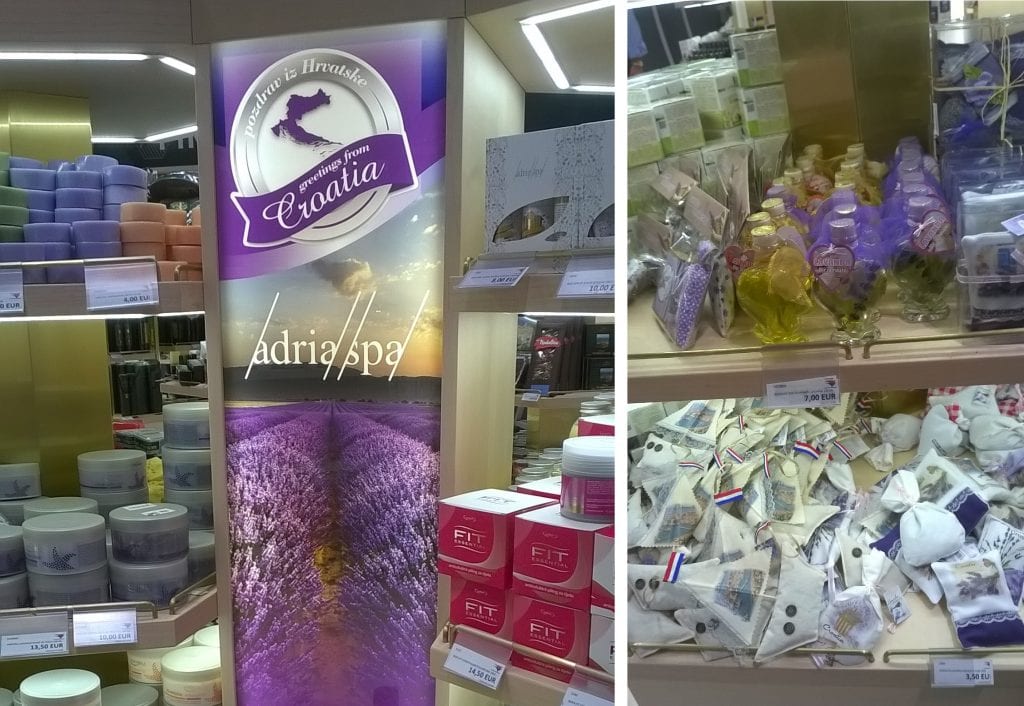 We hope to visit to Hvar one May or June to see the fields in flower.

Find out more about Croatian lavender

Here is some further reading about lavender growing in Hvar and Dalmatia:
The Croatian lavender revival
A lavender field in Hvar   |   Growing Hvar lavender

Sunset over the Dalmatian coast