Dried flowers for a Medieval wedding

Thank you so much Diane Spencer for sharing these fab pics of Elizabeth and John on their big day!

Diane says the “venue was Moseley Old Hall in Wolverhampton. We made all the outfits ourselves so we are thrilled with how it all worked together.” 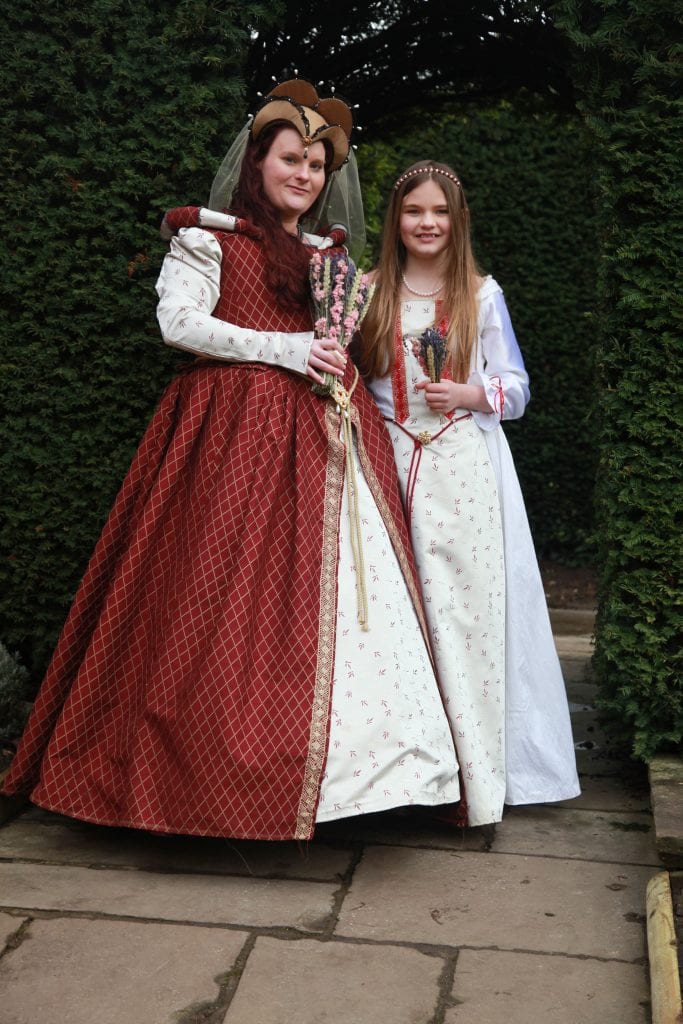 “We visited the Hall when looking for venues and Elizabeth loved it so much that she wanted to have the outfits to suit it. She and I did lots of research and found authentic patterns so we went out and bought lots of lovely silk  and brocades from the Fancy Silk Store in Birmingham and made the outfits for the bride, bridesmaid (my great niece Isabel Edwards), groom and groomsmen. A very talented young lady called April Dalton made the French hood (she makes theatrical costumes, having just left university). ” 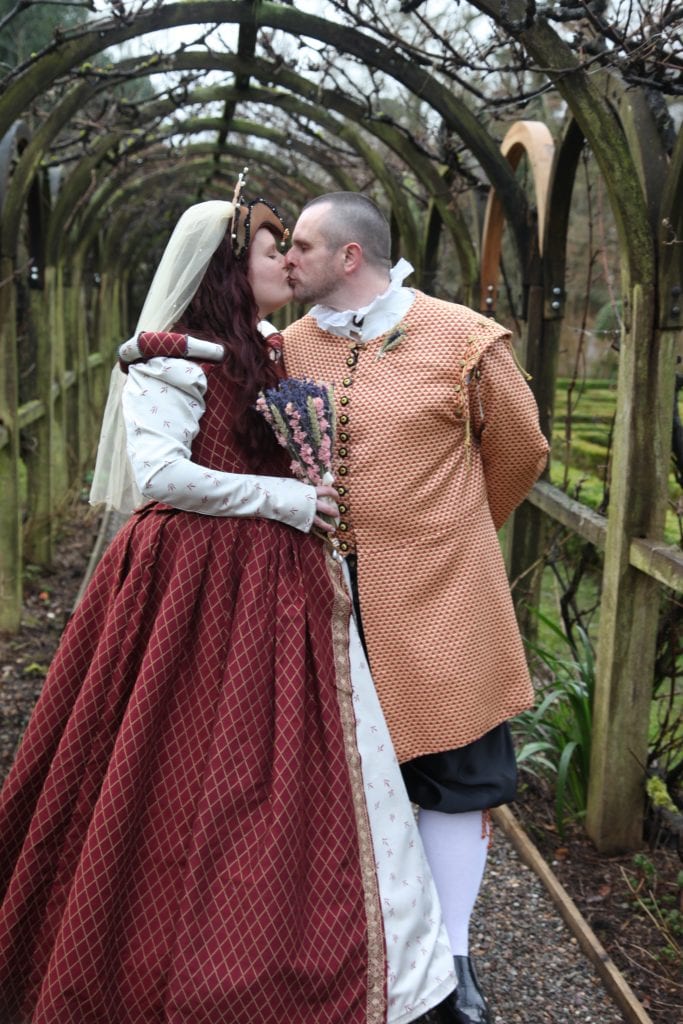 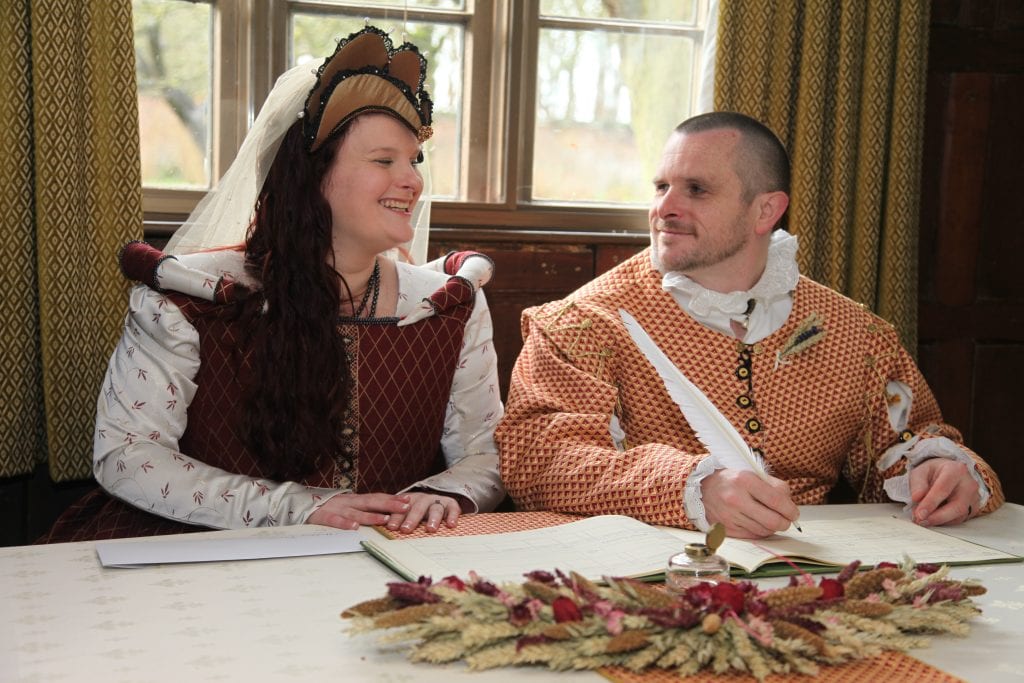 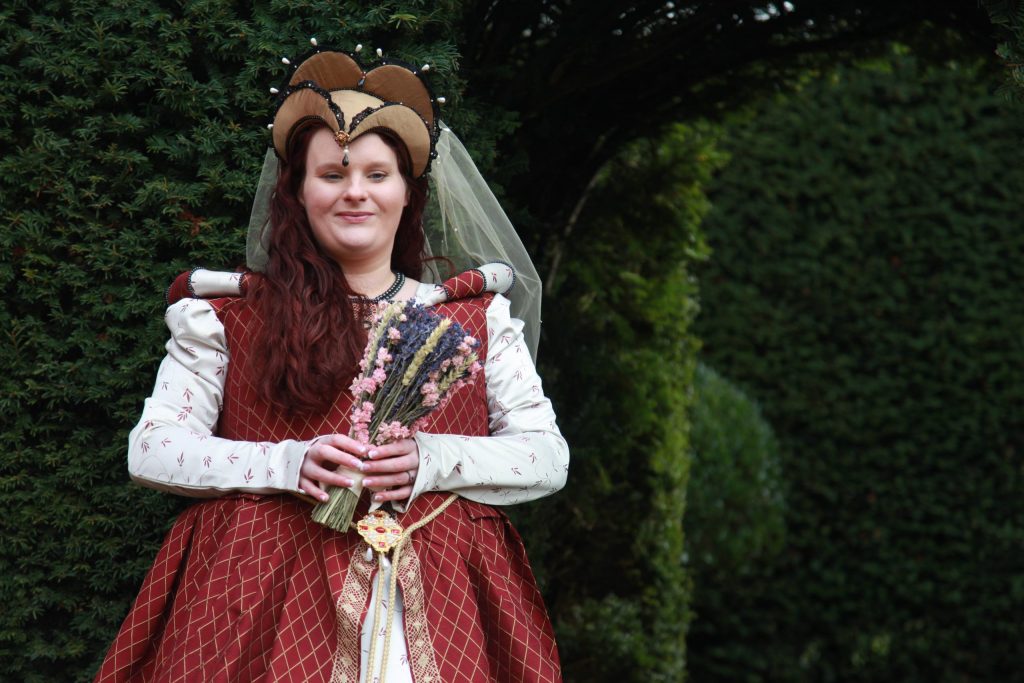 Wedding bouquets and buttonholes by daisyshop

Moseley Old Hall is an atmospheric Elizabethan farmhouse, making a fabulous backdrop to the wedding. They have apparently kept the wheat sheaves to use around the house! 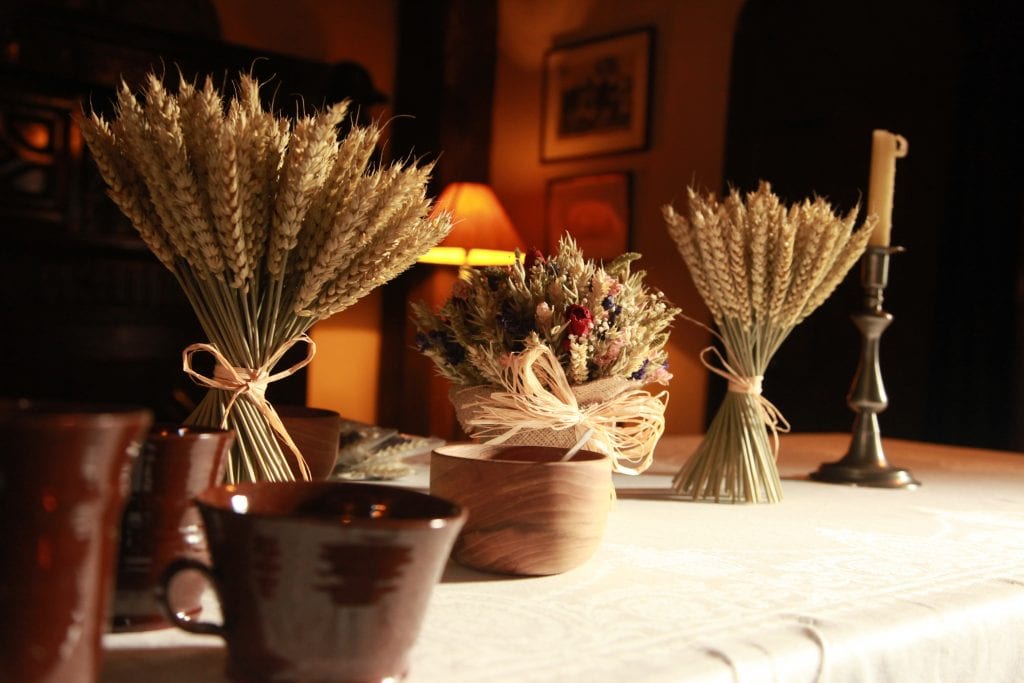 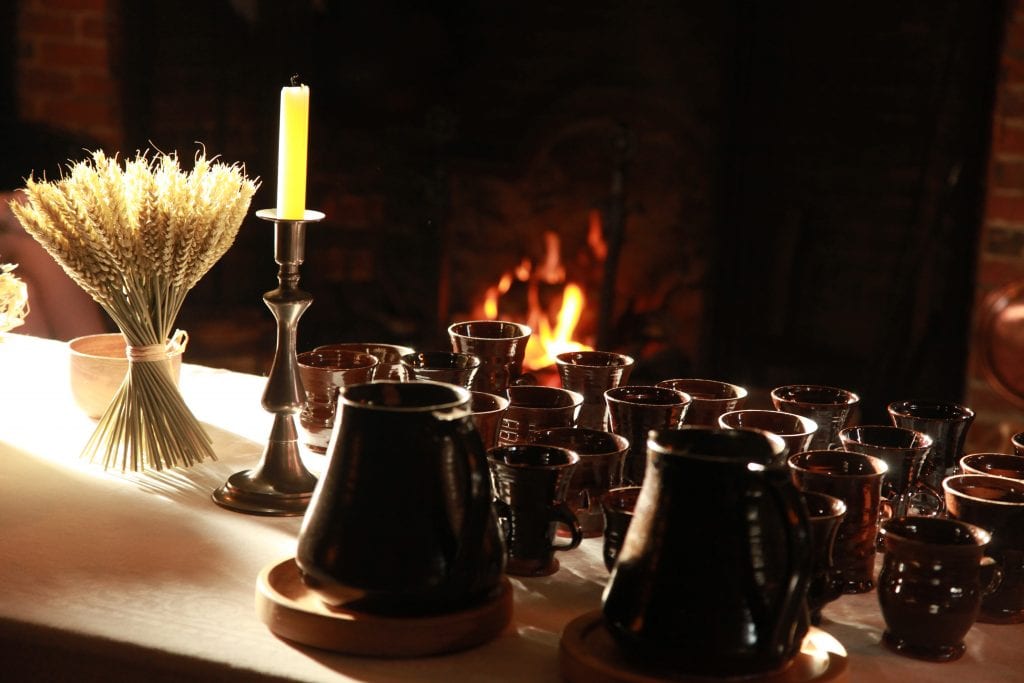 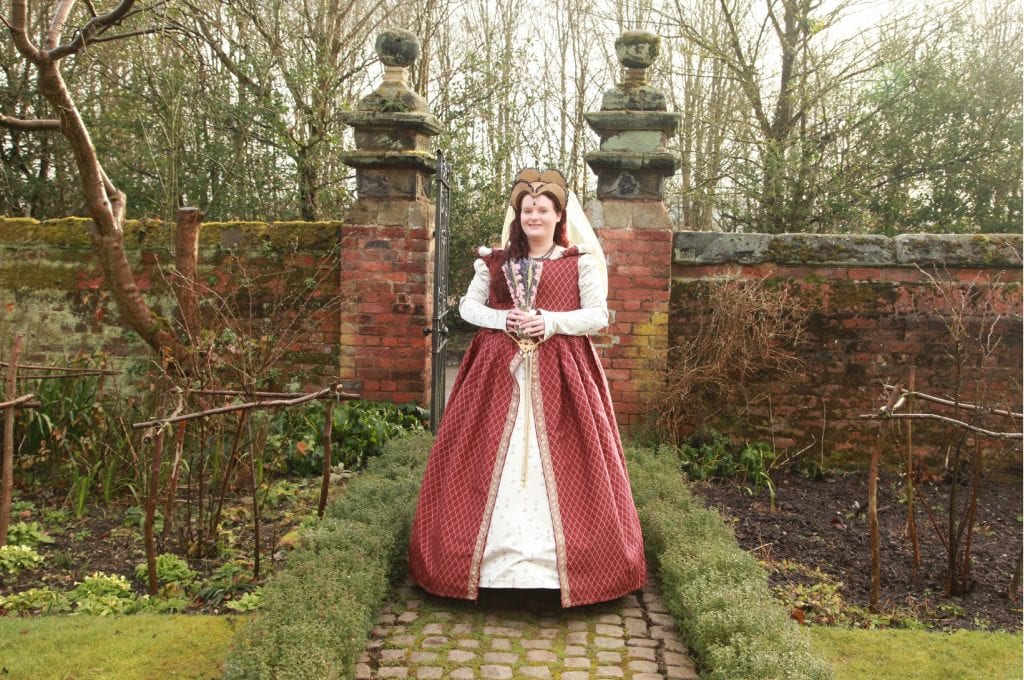 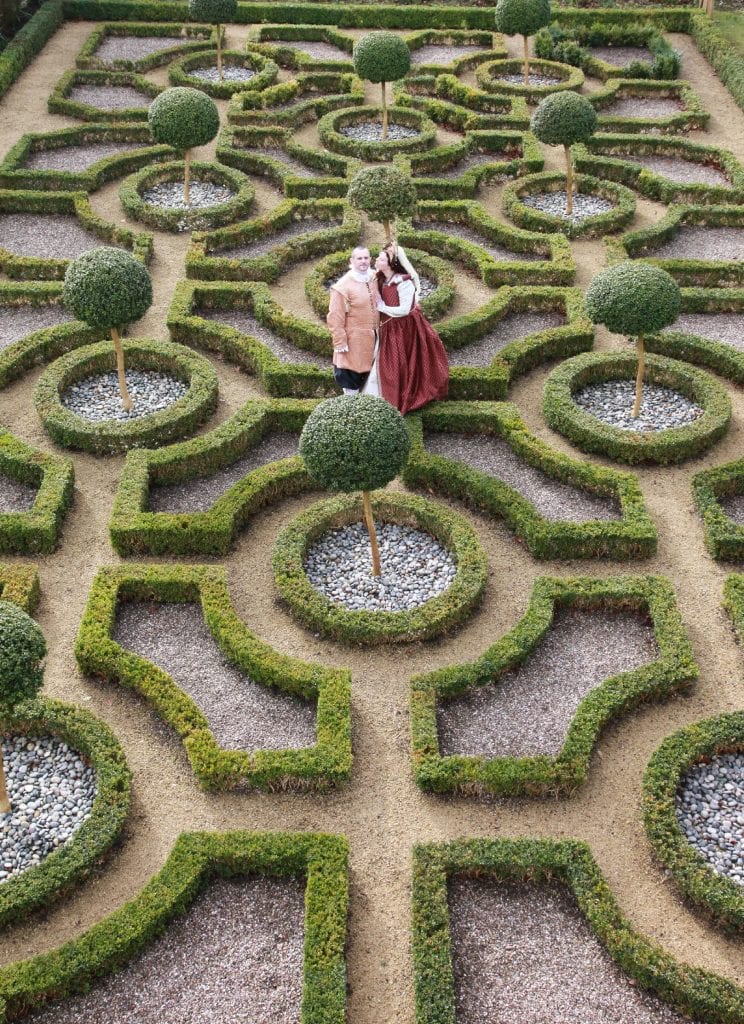 It is quite conceivable that in past times, wedding couples would choose dried flowers for an out-of-season wedding. Families may have planned in advance by hanging bunches of flowers up to dry. The predominant flowers in this theme are wheat, delphinium (larkspur) and dried lavender, all of which would have been available in Medieval England.

The bride carried a dried flower bouquet of dried lavender, dried pink delphinium and wheat, tied with an ivory ribbon. The bridesmaid’s bouquet was a smaller version of the same flowers.

Diane says, “We searched the net looking for ideas for flowers and found your site, which was just perfect. We used the dried rosebuds to fill little Kilner jars and put strands of lavender on table. ”

She added, “we are delighted with all the flowers and accessories”.

These days there is a massive resurgence in the use of dried flowers for weddings. They are inexpensive, can be organised in advanced, and also kept as a memento afterwards! 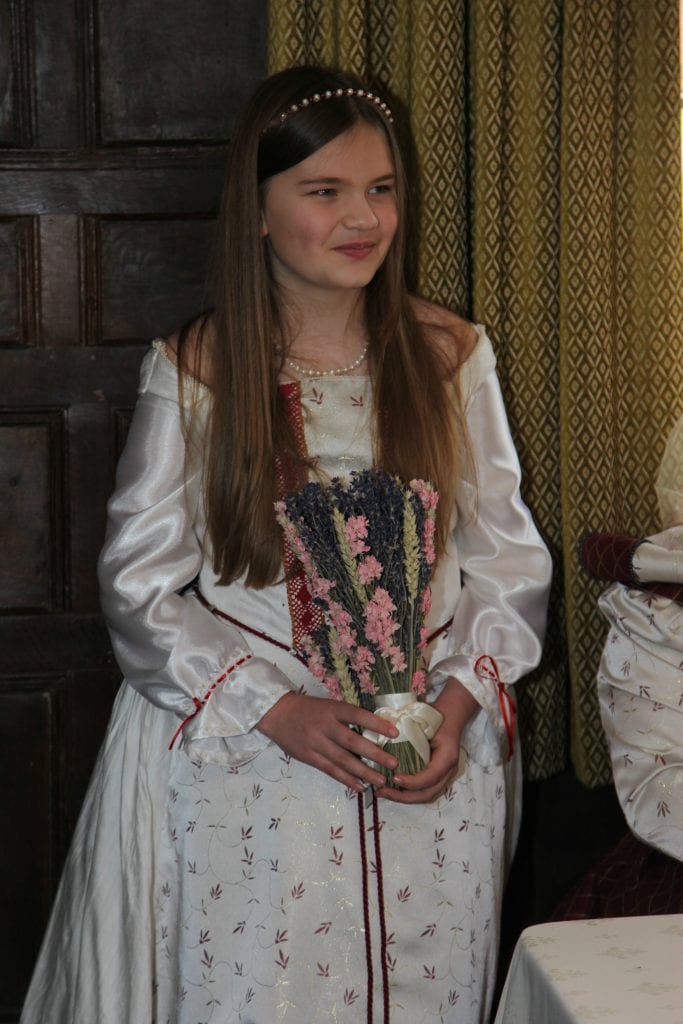 Isabel holding the bride’s dried flower bouquet during the ceremony, with her own smaller one behind. 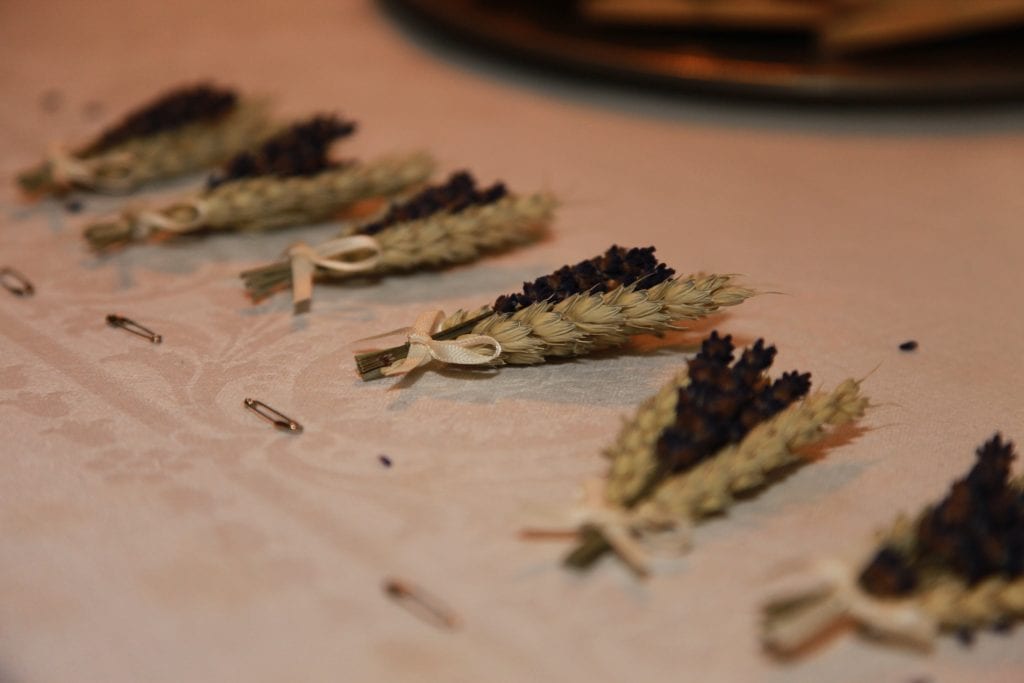 The buttonholes were made from dried lavender and wheat

Diane commented, “…it all looked wonderful.”

And it looks like they had plenty of fun… 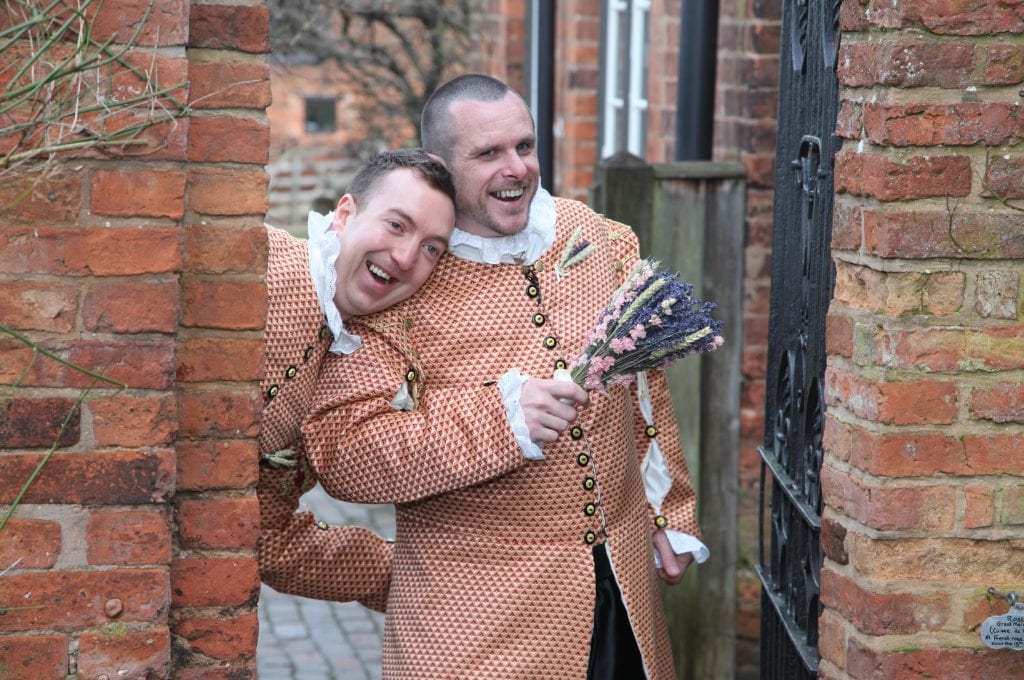 Congratulations to the happy couple – it looks like you had a great day! All best wishes for a long and happy future together.